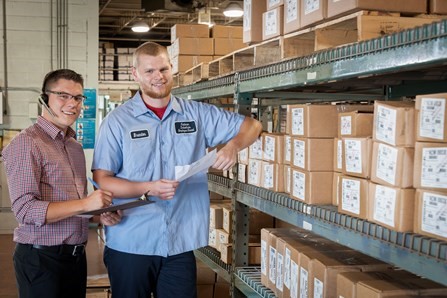 Late in the year 1979, the owners of Buckeye Fasteners holding company, Fastener Industries, Inc, decided to sell the business. The Board of Directors approved the sale and sought to find a sales agent to find a buyer for the company. Richard Biernacki, then Treasurer of Fastener Industries, learned of Employee Stock Ownership Plans (ESOP’s) and suggested that the employees buy Fastener Industries. The employees could do this by individually transferring money from their profit-sharing accounts to an ESOP and with a loan from the bank could meet the total asking price. The all-cash offer was accepted and the employees individually invested 85% of the total profit sharing money to buy the company.

On June 30, 1980, Fastener Industries, Inc. became a 100% ESOP Company with all employees owning common stock. Since becoming an ESOP, Buckeye Fasteners has played an important part in promotion of employee ownership throughout the world. Then President and CEO of Buckeye Fasteners Richard Biernacki was selected to travel to Rome, along with the CEOs of Allied Plywood and Avis Rent-A-Car Systems, Inc. to receive global awards for their efforts to design and implement systems that would enhance communications and teamwork. According to Norm Kurland, Center for Economic and Social Justice President, the award winners serve as practical models to the global business community of how justice at the workplace can be combined with excellence in the market place. Buckeye Fasteners has had many notable visitors over the last two decades. In 1997, Per Ahlstrom from Sweden toured Buckeye Fasteners and talked to the employees in preparation for a book he was writing. 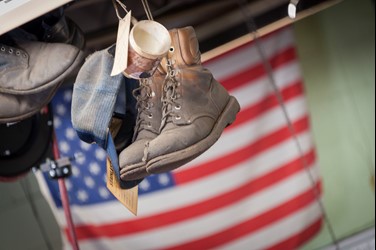 At Buckeye Fasteners, we take so much pride in being a 100% employee owned company. Ask anyone who works here "what's the greatest thing about Buckeye" and they will all agree: it's our culture. We have a vested interested in our employees. One employee owner's success is everyone's success. Each of us actively strives to accomplish the company's strategic goals, and every day, we highlight the successes of our fellow employee owners in our team meetings. Buckeye Fasteners is an active ESOP association member, and our employee owners take part in events year-round, both as speakers and attendees. Each year, we hold an ESOP Picnic during October, National ESOP Month, where we invite employee owners of present and past to celebrate another successful year at Buckeye Fasteners. Retirees may hang up their boots but they are forever part of our family.