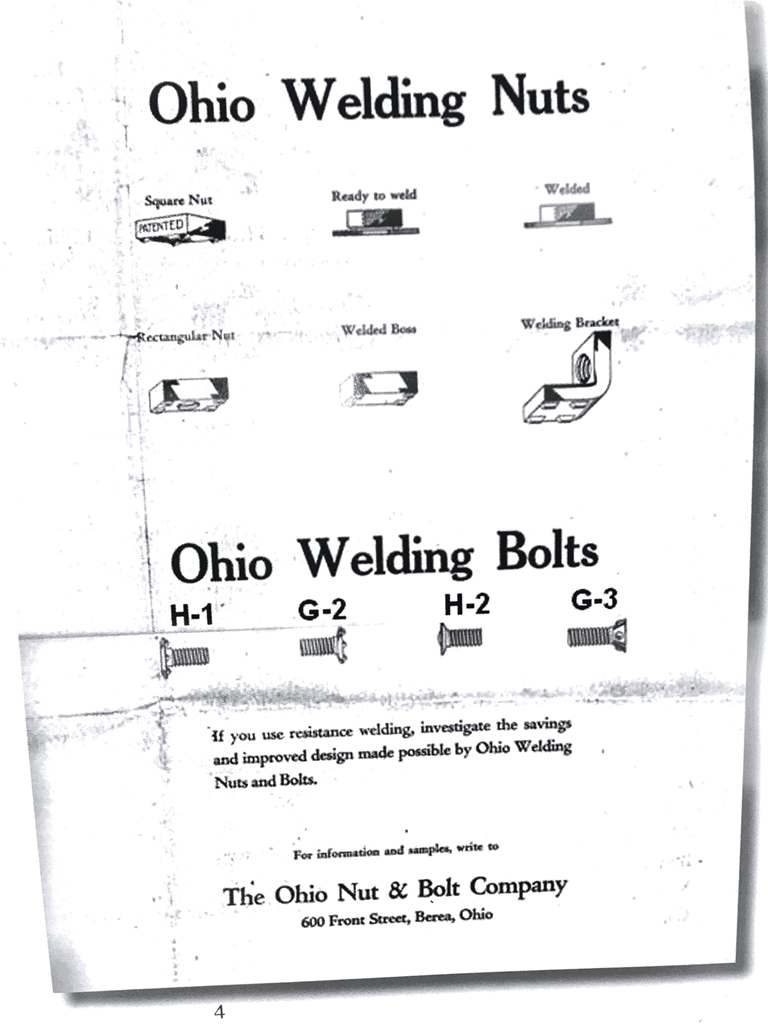 Buckeye in the 1950’s (then “The Ohio Nut and Bolt Company”) had half a century of success. Ohio Nut & Bolt’s RN and  XN style weld nuts, and electrode patents, established the company as a leader and innovator in the weld fastener  industry. By 1955, Ohio Nut & Bolt was the second oldest and second largest industry in Berea, Ohio. The company  now  carried 546 specialized products in stock.

During the 50th anniversary year of the company, then President R.J. Whelan was quoted saying, “we like to know a  product’s potential before it is ever place on the market. Instead of working to develop new products for which a  market  will be found later, we work on an ‘evolutionary’ basis, in other words, we watch to see industry’s needs unfold  and then  we try to meet them.” Berea News, date unknown. Above is an Ohio Nut & Bolt ad which ran June 9, 1955.